The Four Roles of the New IT Leader

It is a new world that we find ourselves living in. It can be difficult to grasp that the technical skills that have gotten us where we are may be our undoing. But for those new Digital leaders who understand the changing landscape and can adapt to the needs of this new environment, it will be an exciting time.

The Four Roles of the New IT Leader

The roles of the new IT leader include trend spotter, negotiator and mediator, information weaver, and business process innovator.

I was having lunch the other day with a friend of mine who is a CIO at a large organization in the bio-pharma space. As we discussed what the future of IT might look like, I asked him what he was thinking about these days—i.e., what was keeping him up at night.

“I am really beginning to wonder if the role of the CIO will continue to exist in the future,” he said. “At the very least, it’s going to look a lot different than it does right now.”

I agreed, and as we continued the conversation, a few things became clear to both of us. First, there would be a continuing role for the CIO and the IT organization as a whole. The use of IT is simply too strategic, but the role of the organization and its leaders would change dramatically. The first of those changes will be the essence of IT leadership itself. It will no longer be only the senior management team that will be called upon to lead the organization. It will be everyone. Every one of us will be called upon to be a part of leading the IT organization into this future.

As our conversation concluded, we settled on four key roles that the new IT leader, which means almost all of us, will be called upon to perform. Begin building capabilities and expertise in these areas and you will be in high demand as the evolution of IT organizations continues.

Part of the reason there will be a continuing role for IT and IT leaders is that the pace of technology continues to accelerate. It will be impossible for business executives and managers to keep track of or make sense of it all. The new IT leader will be called upon to constantly scan the horizon, looking for both emerging technologies and emerging threats. You will be called upon to be equal parts opportunist and risk manager. On the one hand, you will be asked to sift through the endless array of emerging technologies to identify those that may be leveraged by your organization to create a distinct market advantage. In some cases, technologies will be able to be combined with business practices or other technologies to create defensible innovations (see role #4). In others, they will represent no more than a temporary advantage, so speed will be critical. In either case, the key will be to be able to find the “diamonds in the rough” and to curate the right mix of emerging technologies that can create marketable value for the organization.

At the same time, the new IT leader will also be asked to identify emerging risks in that same evolving landscape. Are there emerging technologies that have the potential to disrupt the organization’s market advantage? Have competitors innovated in a way that requires a rapid response? There will be no one better than the IT leader to be able to act as this strategic trend spotter identifying both risk and opportunity from among the flood of emerging technologies. IT leaders that can effectively fulfill this role will be extremely valuable.

As the role of IT continues to evolve, we can expect that as much as 80 percent of IT assets will live outside the walls of the enterprise. As this happens, a second critical role for the new IT leader will emerge. IT organizations will no longer be able to simply mandate terms and conditions to their technology providers. Instead, a delicate dance will be required to bring together the myriad constituencies of service providers, customers and internal IT organizations to create the complex IT ecosystems that will power the modern IT era.

This will require that the new IT leader become an expert negotiator. There will be a large number of conflicting priorities and technology demands that will need to be balanced. IT leaders will be in the best position to ensure that the competing demands are balanced in the best interests of the overall organization. This type of negotiation will not be about getting the best price or driving every last concession out of service providers. Instead, it will be about constructing a web of interconnected and mutually beneficial relationships.

In addition, those relationships will not remain static. The minute they are established, they will begin to change. So, the new IT leader must also be an expert mediator. You must be constantly standing in the gap between the various parts of the ecosystem to ensure that the relationships continue to evolve and adjust in concert over time. It will not be an easy task, but it will be a vital role.

One of the side effects of services being delivered via these IT ecosystems is that key data elements important to the enterprise will now reside in different places outside of the organization. While that may work for the specific function that is using a given application, it will likely leave huge islands of isolated data scattered across the enterprise. This will create a huge risk that vital information that must be created through the interconnection of disparate data elements will be lost.

This will create the third key role for the new IT leader: Information Weaver. The IT leader of next-generation IT organizations will be adept at identifying those key data elements and ensuring that they are intricately and dynamically woven together to deliver strategic and competitive advantages to the organization. Using the previously described negotiation and mediation skills, you must build deep relationships and an intimate understanding of the business processes leveraging the organization’s data assets to excel in this role. Your success or failure in being able to harvest and weave those data elements into a mosaic of meaningful and actionable information will likely be reflected in the ultimate success or failure of the entire organization.

The final role of the new IT leader may be both the most challenging and the most important. Technology will be one of the few remaining engines of innovation and growth that drives competitive advantages. However, it is also clear that technology innovation will not occur within the walls of the enterprise. Technology innovation will be driven by technology companies, but that doesn’t mean the IT organization is out of the innovation business. Rather, it will fall upon new IT leaders to create business process innovation out of existing and emerging technologies.

It will take a significant amount of both skill and insight to be able to see opportunities where others only see business-as-usual. Using the skills that will also make you an effective trend spotter, negotiator and information weaver, you will be able to create discrete combinations of technology and business processes that become unique differentiators for your organization. The new IT leader will be best positioned to serve in this role. Your ability to see across the organization, combined with your view of existing and emerging technologies, will make you a valuable asset in any organization.

Getting Comfortable With Your New Role

As we enter this new era for IT organizations, your role as an IT leader will change. You will still be focused on technology, but not necessarily on the technical aspects of it. Your success as a trend spotter, as a negotiator and mediator, as an information weaver and as a business process innovator will be driven by business acumen and interpersonal skills. Your ability to understand and assimilate technology will be key. However, it will be your ability to understand the business challenges and opportunities and to build deep cross-functional relationships that will set you apart.

It is a new world that we find ourselves living in. It can be difficult to grasp that the technical skills that have gotten us where we are our undoing. But for those new IT leaders who understand the changing landscape and can adapt to the needs of this new environment, it will be an exciting time. It will be a time in which we are able to serve a vital role the organization and fulfill the promise that IT has always held. 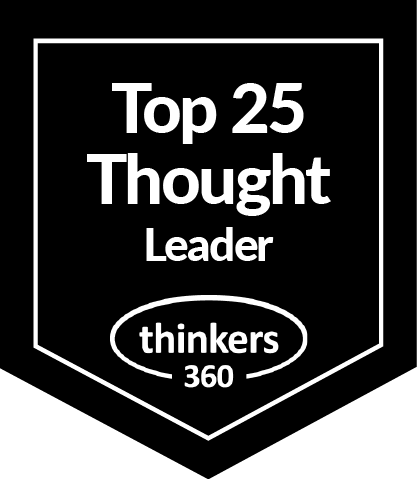